The life-changing moment that made me a nurse.

And why I think we should strip the bullshit.

There are a few major things that I have experienced to push the trajectory of my life towards where it now lies. The experience that led me to become a nurse is, by far, one of the most important. Not only did it give me a clear direction and purpose in a matter of minutes (yes, friends, minutes), it also taught me an incredibly valuable lesson about humanity.

I was 16 years old, residing in the United States with my mother & step-dad and living the American Dream. Life was simple and fun, I had a high-school sweetheart, I could eat what I wanted when I wanted (youth really is wasted on the young), and my biggest concern was which socks to wear to school each day. Twelve years of competitive violin playing and little interest in academics had me looking at universities that offered tertiary classical music training. Exhilerating stuff for a 16-year-old. 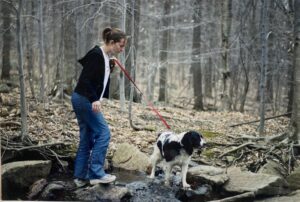 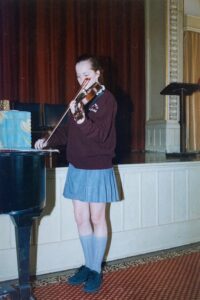 As part of my high-school education, I completed a First Aid Training course where I was instructed that, if I encountered an emergency situation, I was to confidently step forward and announce that I was “First Aid Certified!” like the fucking HERO that I was. I walked around like the goddam bees knees until I quickly got distracted by other angsty teen priorities.

Cut to a few weeks later.

I was in the car with my parents on the way to a very mundane something-or-other and we encountered a little traffic jam. After a moment of confusion, we realised that there had been a slight motor vehicle accident just ahead of us. OH MY GAHHHD, I thought. This is my moment!!! I leapt from our car, striding confidently to the scene of the accident (yes, you can cringe at this point) and pushed through the small crowd that had created a wide circle around whatever was in front of them. On the way through, I tugged on the arm of the first person who would look at me and said, in my proudest newly-competent-at-life voice, “I’m certified! I can HELP!”. The concerned look on my bystander’s face didn’t register in my brain. Me = mission. They looked at me, mumbled something hopeful, and stepped aside to reveal my task at hand.
On the road lay a crumpled mass of metal that once resembled a motorbike. It had been torn in two. A running trail of oil, water, and other leaking engine substances eventually met with a foreign liquid, slowly turning the dark, clear fluid to red. I followed the red trail further to reach the other end of it, where it found its source – a young man lying splayed on his side, not moving. Alone.
Shit.
My rudimentary, newly useless First Aid Course had not prepared me for this. But I’d gone and declared loudly to everyone that I COULD HELP and so they were standing there, waiting expectantly for me to bloody do so. I walked up to the man on the road who did nothing but continue to stare, wide eyed and laboured, at the road in front of his face. I knelt down next to him and noticed that he had blood steadily dripping from somewhere inside his helmet onto a large, thick pool underneath him. His nose and mouth were bleeding profusely, but it was clear this was not the only origin. I knew enough to know not to move him. My First Aid Training (still rolling eyes at this point) had taught me to ask for a response, which I did. “Can you tell me your name?” I said.

He just continued to stare at the ground and breathe very harshly, deeply, and loudly. At this point, for some reason, a memory popped into my head that my father (who had once been in a serious motorbike accident) had told me. He had said of the experience that he was in shock and, although he could hear and understand the people around him, he could not respond. With that in mind, I took this man’s hand with my own and asked him to squeeze it. He did. Whew! He understands. Great! What’s my next step…
I went to pull my hand away but as soon as I did, the man gripped it hard and shifted it towards him. In a split second I had a rush of understanding. I knew already that I could not help this man with his injuries. I wasn’t sure that anybody could. And yet, this was one of the most crucial moments in his entire life and despite having a whole family, a lifetime of friends, possibly a girlfriend or boyfriend, a spouse, kids, despite all of that… it was me – a perfect stranger – who was here with him in this most important moment of his life. What he was seeking was for someone to be what his loved ones could not, and he needed it from someone he had never met. I had a choice in that moment to continue trying to help him physically or to meet the need he was clearly expressing despite his complete inability to talk.
So I sat with the man while we waited for an ambulance to arrive. His eyes remained wide and set on some distance piece of gravel. His breath would shallow and begin to cease, so I would tell him to keep breathing, which he would. Keep breathing. Squeeze my hand. Help is coming. I am here.

There was no time for awkward introductions.

No small talk, gossip, social navigation, reading between lines, any of it. All of those ego-driven impediments were instantly stripped away and all that was left was the purest of human connection. The realest, most authentic interaction I could ever encounter with a perfect stranger. There was a large crowd gathering but I was alone with him and we were helping each other to navigate this moment. I was offering whatever I could give and he was gratefully accepting.
After a while, I noticed that the ambulance workers had arrived and were working around me. I shuffled backwards to let them do their job and, as they rolled the man onto his back, he went from staring at his gravel spot to locking eyes directly with me. He held his gaze on mine steadfastly until we were completely separated by his transfer into the ambulance. His gaze was scared, lucid, pained, recognisant, grateful. All wrapped up together. I gingerly returned to the back seat of my car and we continued our completely ordinary trip on our completely ordinary day. But before we had reached our destination 15 minutes later, I had made the clear and defined decision to become a nurse, because I wanted every day of my working life to be filled with interactions that were stripped of the social formalities imposed on all of us. I wanted to be rid of what was suddenly a very clear recognition of the uselessness of petty judgements, rumours, innuendos, and guessing games that come from people just not saying what the fuck they actually mean. Or – sometimes more importantly – saying what they mean but not caring at all about hurting others with how they say it. I wanted the connections I had with people to be direct, meaningful, valuable and kind. All of those things. No more and no less.
I found out some time later that the man died from his injuries that day. I don’t know if he had a family but I hope that, if he did, they knew that someone did the thing they wished they could have done for him. I have since been alone with others as they died (it’s not me, I promise!) and have had the opportunity to let the family know their loved one was not alone when they passed. It is one of the greatest honours in this life to be able to support a person as they transition to wherever the other side of here is.
The values I extracted from the accident have stuck with me permanently. Almost 20 years later, I still try hard to cultivate relationships in my life that support direct, meaningful, valuable and kind connections. It is not because I fancy myself a “Kindness Crusader” or a shining, flawless example of how to treat people. I screw this up daily. Everyone does. It’s because I don’t care for anything less than trying my hardest, every day, to live those values. As long as I am able, I will continue to seek human connections that help to make me a better, kinder, more valuable human being. This is why I work with Sarah to improve entire industry cultures that cultivate the same ethos. I will never stop aiming for it, no matter what I do in my career or my life, or how many times I miss the mark.
When I was a 16-year-old girl, that experience was implanted into my very being and now lives there as a crucial reminder of what is left when all the bullshit is stripped away. What’s left is an energy of beautiful authenticity that is real, valuable, and absolutely necessary to nurture. So, let’s strip the bullshit and reveal the beauty that is hiding behind it. Not just once in a while when we think it counts.
Every day.